All writers need to do research. We're often told to 'only write what you know', but clearly there will be times when this is impossible. For instance, did Hilary Mantel ever actually meet Thomas Cromwell? Did Thomas Harris ever commit cannibalism? Did Tolkein live in Middle Earth and commune with elves, wizards and hobbits? I think not!

And therefore the committed and conscientious writer must undertake a great deal of research, a lot of which will never reach the pages of the novel, but will ensure that we don't make ridiculously inaccurate statements. Because, funnily enough, it's not being right that matters. It's not being wrong!

So I asked crime writer, probation officer and all round knowledgeable guy, Michael Craven, to give us the low-down on some aspects of research that may well help you not to seem an idiot. It's already given me some food for thought for my work-in-progress Washed in the Blood, which deals with this very thing. 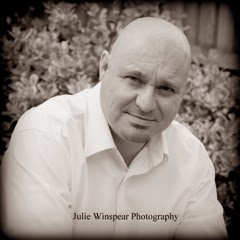 This short article is designed to give crime writers a few facts about bodies found in water. Of course, some of these may not fit in with your plot or theme and that’s fine. Some writers want every fact to be correct but most of us simply want to get it right when there is nothing to be gained by getting wrong.

So here are a few facts that are useful to know about a corpse being found in water when it comes to plotting your novel or short story. In no particular order they are:

•                Bodies found floating in water will ALWAYS be lying face down with the head hanging. There are often post-mortem injuries to the head because of this as the body is buffeted against things in the water. Normally, pathologists can easily distinguish between ante and post-mortem injuries due to the presence or lack of blood. However, as the head hangs down in the water, blood congests there and post-mortem injuries will also bleed.
•                Typical signs found when a body has been immersed in water include anserina cutis (goose bumps), where skin has swelled and wrinkled, and adipocere which is the transformation of the fatty layer in the skin to a soap-like substance. Depending on the water temperature this last process can take months.
•                A body in water will normally sink as the specific gravity (SG) of the body is similar to water. Having sunk to the bottom, putrefaction commences and this will eventually lower the SG, causing the body to rise. Attached weight (heavy clothing, weights etc) may delay the body rising but will not normally be enough to stop it altogether. In cold water, putrefaction is delayed so the body will not rise as quickly as it would in warmer water. In water that remains very cold all year round the body may never rise.
•                Medically, a pathologist will not be able to prove the cause of death was drowning. There are some pathological changes that are characteristic of drowning but they also occur in other deaths (heart failure, drug overdoses, and for crime writers, head injuries). A diagnosis of drowning is largely done by excluding other deaths.
•                There are suggestive indicators which can help with diagnosing whether the body was alive or dead when it entered the water.
1.   Large quantities of water in the stomach indicate the body was alive when it entered the water. If water is not present or present but in small quantities it suggests that death occurred before the body entered the water.
2.   Hands gripping foreign materials. Struggling victims may clutch at anything they can. Evidence may be found during examination (fingernails etc). Occasionally something happens called cadaveric spasm, essentially the body goes into rigor mortis instantly. Anything the hand was holding at the time could well still be held there. This would suggest that the victim was alive when they entered the water.
•                For writers wanting some technical details that may emerge from a post-mortem when the cause of death was drowning, the following would be typical:
3.   A fine white foam may be seen coming out of the airways (mouth and nostrils). If it is wiped off, pressure from the lungs will force it to reappear. This indicates that the body was alive when it entered the water. Unfortunately, this foam also occurs in cardiac victims, drug overdoses and head trauma.
4.   Damage to the middle ear, typically a blue/purple discolouration of the bone of the mastoid air cells. However, this also occurs in electrocution, head injuries and some forms of suffocation.
5.   Shoulder girdle bruises. People struggling against drowning often rupture muscles in the shoulder girdle, chest and neck. This may only occur in 10% of drownings and is not conclusive.
•                For crime writers, it is very rare for a murderer to kill his victim by drowning. This would normally require the murderer to be substantially stronger than the victim or for the victim to be incapacitated somehow (i.e. drunk or unconscious). Far more common is a body being disposed of in water and a drowning to be staged.

To summarise, pathologists and the police have certain reliable pointers that suggest whether the victim was alive or dead when they entered the water. It is difficult to stage the pathological changes that occur during drowning and it is unlikely anyone could successfully kill someone and then fake their drowning. However, the difficulty for fiction writers is that drowning cannot be definitively proved during post-mortem. There are indicators but they also occur in other deaths, making it very difficult to differentiate whether someone drowned or died from other causes, a heart attack for example.

The author of this guest post is Michael Craven. Michael was short-listed for 2013 Debut Dagger. You can follow his very useful blog at www.criminaljusticewriters.com.