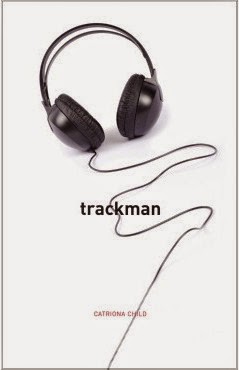 Where do you get your ideas?

The idea for Trackman came from a dream that my husband had – he dreamt that he was on an underground train. A girl was crying and a man handed her a pair of headphones. Everything started to go a bit strange when she put them on, but she was happy. He told me about his dream and this set something off. I am a big music fan and have always been interested in the effects that music can have on us as human beings, so this all turned into Trackman.
For my second novel, it started out as an idea about a girl who steals a lottery ticket from an old man. However, it wasn’t really working and then I saw on the news about the death of Eileen Nearne (a WW2 secret agent). I was intrigued by her story and have always been fascinated by social history and WW2. I started to do some research into women secret agents, as well as recounting stories my granny told me about WW2 and my old man was suddenly transformed into a woman secret agent.
So to sum up, a dream and a news item!

How long do your novels take to write?

Trackman took about four years, including a two year distance learning MA in Creative Writing. Swim took about two years. I’m not a full time writer though, so write when I find time during evenings and weekends.

How do you motivate yourself to keep going?

Some days are easier than others, if I have a good idea or if I’m really enjoying what I’m writing about then it’s easy to keep going. If the writing is not going well though, it’s tougher. I guilt myself into turning off the TV or getting up off the sofa – Stephen King said in On Writing, that you need to turn the ER repeats off, and I hear that phrase in my head when I’m being lazy. I also was told that writing is a muscle and needs exercised, so I use that as another motivator, especially if it’s a bad day – if I keep going, the writing muscle will be more toned tomorrow.

How do you judge when the book is finished?

I read it and edit it over and over and over (both to myself and out loud) and get other writers to read it and comment, and eventually the red pen marks get less and less. I don’t think you’ll ever be completely happy with something, but there comes a time when you just have to stop.

What is the last thing you do before you send the novel off?

Read it one last time, check the spelling.

Was it hard to get your first book: ‘Trackman’ published?

It was probably easier than I expected, although a great deal of that was down to luck – the director of Luath happened to open the mail on the day that my submission arrived and liked it. I was told that if anyone else had opened the mail that day, it would have just been tossed onto the slush pile. I used the Writers and Artists Yearbook and sent my novel out to a variety of agents and publishers. Some replied with a rejection, some never replied, luckily for me Luath replied and asked to see the full thing.

Did you ever think of giving up?

Not really. I was aware of how difficult it is to get published, so wasn’t expecting to get a positive response. Trackman was at the stage where I couldn’t really do anything more to it and it was time to start writing something new, so I thought I might as well try and send it out there. If nobody had responded positively, I probably would have given up with Trackman and tried to write something new.

Who did you approach and why?

I sent it out to agents and to any publishers who seemed to fit Trackman and who accepted unsolicited manuscripts.

Why did you make the decision to go straight to the publisher?

Luath accepted unsolicited manuscripts, so I thought I would try them. They’re an independent publisher from Edinburgh, with a good reputation, so I thought they were worth a go.

How long did the process take from acceptance to publication?

It probably took around a year, including all the edits etc. Luath asked me to do a few initial changes to the book and then I worked more closely with an editor.

How did you promote yourself and your books?

This is the bit I find the hardest. I set up a Twitter account and a writer’s facebook page. Luath had various contacts so they managed to set up a few reviews in local papers, and arranged for me to do various readings. I also contacted people myself and asked to appear at their festival or if they would do a review on their blog. Some were successful, some weren’t.

Would you consider approaching an agent with future manuscripts?

Yes, I think an agent would be the next step for me. I think it would be useful to have someone with good contacts who understands the publishing industry more than I do, and someone who can have the difficult conversations.
I sometimes feel that, as an independent publisher, Luath don’t have the time or the finances behind them to market the book as well as a bigger publishing company might have, and I think this is where an agent would help.

Do you have plans for a third book?

I have a vague idea and am trying to write bits and pieces, but am finding it more difficult to get time to myself since having my daughter last year. I’m trying to keep a wee journal of my daughter’s first year, which is a very badly written stream of consciousness type thing, but at least it’s writing.

What compels you to write?

I’ve always written from a very young age, whether it be stories, letters or a diary. It’s something I enjoy doing and something I’m sure that I will always do regardless of publication.

What else do you enjoy besides writing?

I love reading, music (listening to and going to gigs), the cinema – all of which have taken a back seat recently while I spend time with my daughter (which I also love doing!). I swim, run and do a bit of yoga to keep fit. 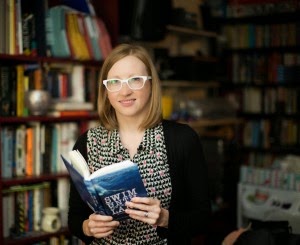