Can you judge an author by their books? Guest blogger- Sarah Armstrong

I think it’s inevitable that readers conjure a picture of the author from the characters and events they choose to write about. I think this perception can also hamper writers who are starting out, that people will confuse them with the things their characters do. I was lucky to have this association broken early, by one of my favourite writers as a child.
I loved John Gordon’s books, but they terrified me. The Giant Under the Snow was one of those novels which absorbed me so completely that, when my dad opened the door to tell me to switch the light off, I screamed because I thought he was a leather man, come to get me. Men made of leather, the giant Green Man lying just under the surface of the landscape, the black dog - I can see now how the folklore of East Anglia underscores Gordon’s novels, but then it was all terrifying because it was set in the present. School children on trips came across powerful icons of past power.  In The House on the Brink, something which seems to be a log is moving silently and relentlessly across the fens. I see now that they were intended for teenage readers, not ten-year-olds, which makes sense.
I was terrified by these novels, and yet compelled to read just one more chapter. Maybe I just didn’t want to switch off the light. Surely the author would be suitably disturbing too.
But he wasn’t. I met him a few times, between the ages of five and ten in the late 70s and early 80s, and he wasn’t scary at all. In fact, at our last meeting, he gave me the idea of a story, involving a mummified hand in a museum. I started to write that story, but never finished it. Yet I can see in my own writing a strong interest in another, ancient world just under our own, one that we know without realising it. The banshees and fairies of The Insect Rosary, and the devil and shaman of The Devil in the Snow are almost slippages between that world and this. Folklore links history with beliefs and threats and curses, and our local tales in the east are faithfully recorded by people like the Foxearth and District Local History Society. Our giants, walking corpses and dragons live on, even ‘The Naked Ladies of the Melford Disaster’.
I get the impression when teaching that some readers still believe that the writing reflects the author, and some writers who believe that a writer must exclude themselves from the ordinary world and immerse themselves in a different way of living. From an early age I saw that writers of the stories which most disturb us were real, and often very nice people - the uncanny can be accessed by anyone. However, as I become older, I have to admit to a growing fear of the countryside, the open spaces and the hidden past. I think John Gordon might have to take responsibility for that too. 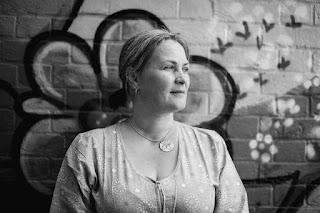 Sarah's second novel, The Devil in the Snow, has just been published by Sandstone Press.
"Shona has a dysfunctional relationship with her husband, Maynard, and when their daughter goes missing she knows that he’s behind it. Gradually she grows to realise that there is a bigger truth behind everything that is going on, and she has the very thing her husband is after."

WDTL is now at the station. 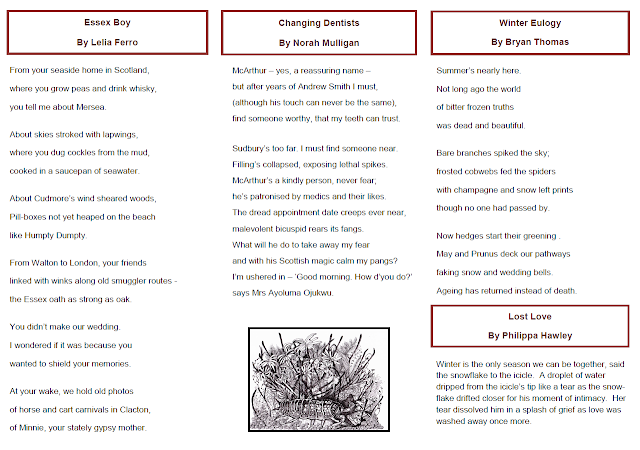 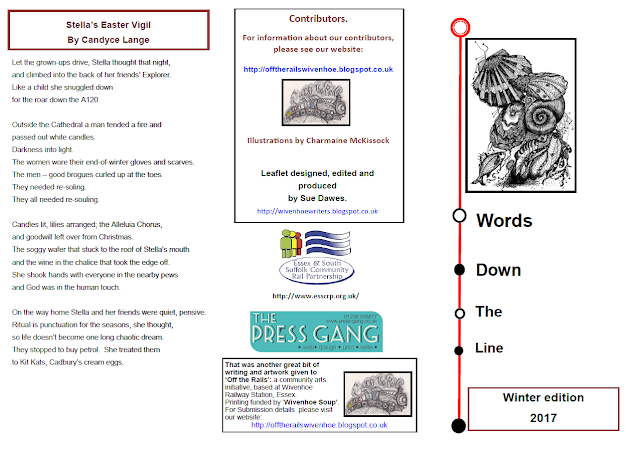